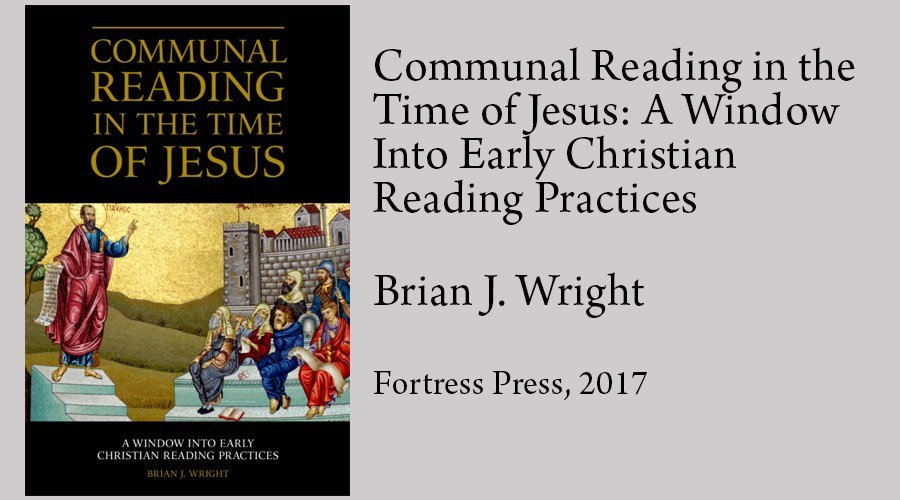 How did early Christians learn and pass on their traditions about Jesus and his teachings? What did the first communities of Jesus followers do to maintain the authenticity of their understanding of the meaning of his work, and its continuity to new generations? Further, what place did the growing collection of apostolic writings to scattered churches have in first century Christian gatherings?

For some time the academic study of early Christianity has maintained an emphasis on the role of oral tradition and social memory in the initial spread and growth of the new Jesus movement. It was assumed that due to things like the scarcity of both writing materials and professional readers, actual communal reading from sacred texts must have been somewhat rare and limited especially to more urban areas, at least until later in the second century.

But now there is an increasing recognition that early Christianity, like the Judaism from which it was born, was a “bookish” religion through and through. (See our earlier article How the First Christians Challenge Us to Be Bible Readers.) Larry Hurtado, a New Testament scholar and historian of early Christianity, has been a key voice helping us explore the evidence for this more closely. His books Destroyer of the Gods (2016) and The Earliest Christian Artifacts (2006) have directly examined this theme. Brian Wright’s new book continues this effort to bring more clarity to our understanding of the place of reading in the earliest church.

Wright’s key point is that communal reading was geographically widespread and that such reading was a way of avoiding any serious alterations in the traditions and teachings of the first Christians.

There are two backgrounds to this: first, the fact that public reading was a common feature of life across much of the Roman Empire. Letters, proclamations, poetry, and the great literary sagas of the time were all frequently read in public places. These did have a kind of performance aspect to them, but the point is that they were not performed from memory, but rather read aloud from written texts.

The second key background is of course the Jewish matrix from which Christianity emerged. Just as the Jews met and read the Scriptures together regularly, so did the early Christians. (See the chapter “Sharing Our Synagogue Bible” in my book Saving the Bible from Ourselves.)

Wright’s book is an important piece of detailed, collected evidence from the first century, in both the broader Roman culture and in specifically Christian settings. He includes chapters on relevant social, economic, and political factors, arguing that all of these were actually conducive to the widespread practice of public reading, making it a familiar feature of life for everyone. In the case of the Christian communities, it’s more clear than we’ve realized that the New Testament documents themselves are filled with evidence that they were expected to be widely shared and then publicly read.

In short, a standard part of the experience of the first Christians was the public, out-loud reading of the founding documents of the faith.

Should We Recover Communal Reading Today?

Of course most of the first Christians didn’t have any opportunity to own a personal copy of the Scriptures, and the preponderance of evidence remains that most people could not even read or write. But they were experienced, focused listeners, and this served them well. Christian formation in the early church was centered on immersion in the story of God, Israel, and the world as found in the sacred writings, both old and new. This tangible, practical focus on the Scriptures also helped ensure the integrity of the message over time.

But what about us?

In the modern era we’ve largely turned away from the early Christian practice of communal immersion in the Scriptures. Reading and study of the Bible is largely done individually, surrounded by all manner of reference-type helps, commentary, and devotional aids. The research evidence is clear that this is not working as an overall strategy for Bible engagement. People report that reading alone in this way is complicated and overwhelming. In short, it’s hard. And as a result, folks admit they’re not doing it much.

What new kinds of communal encounters can we imagine? What new forms of public reading and dialogue around the text can we envision?

The consequences have been serious for both private and public expressions of the faith. Unfamiliarity with the Big Story has produced Christians who don’t really have a good chance of living into the story in our contemporary setting because they don’t know who they are or where they came from.

There is no shortcut to this biblical knowledge. It comes only from sustained attention to our founding narratives, letters, songs, and wisdom. It comes from reading big and reading whole, not piecemeal sampling.

So what if we were to reclaim the practice and simplicity of the early Christ-followers?

What if we were to rediscover the unique value of communal reading of the Bible?

There have been a number of shifts in the nature of congregational life in recent history. A new emphasis on small groups, a move toward contemporary music and worship styles, and others. Why couldn’t we commit to similarly shifting how and when and where we engage the Bible? What new kinds of communal encounters can we imagine? What new forms of public reading and dialogue around the text can we envision? There are lots of different kinds of churches, lots of different ways this might look.

A commitment to biblical fluency should be at the center of every church’s life.

We can all ask: What could my community do? 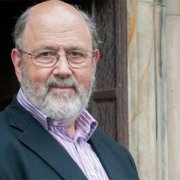 Unpacking the Work and Mission of N.T. Wright 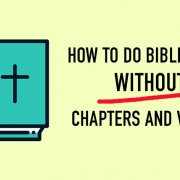 How To Do Bible Study Without Chapters and Verses 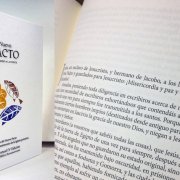 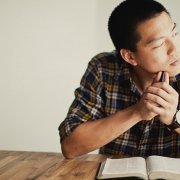 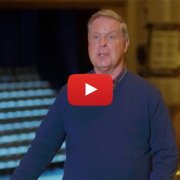 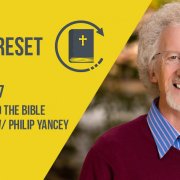